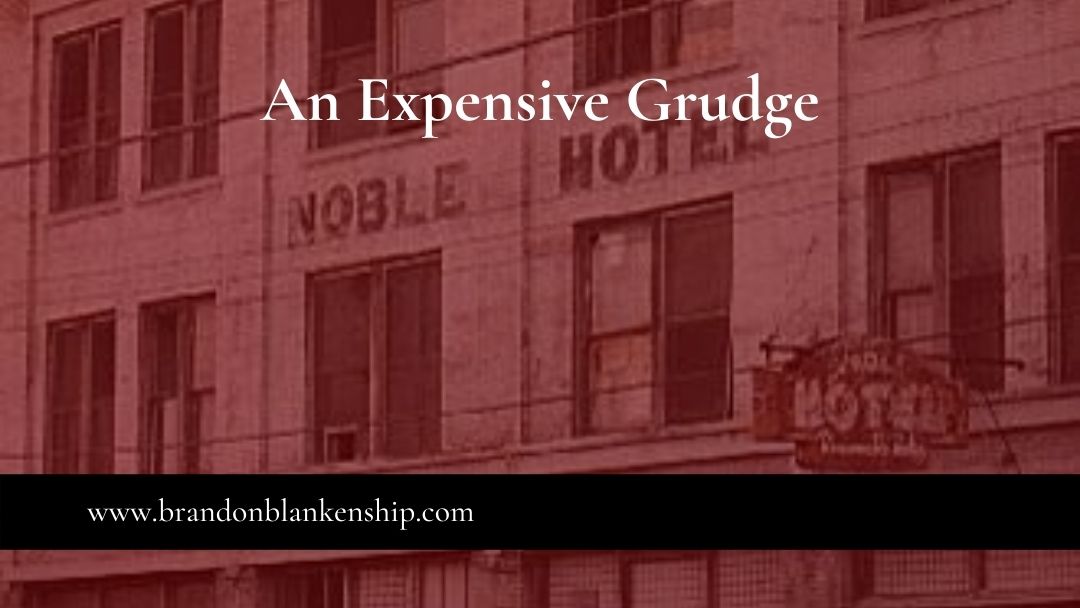 If there is one skill that results in more quality in marriage and longevity it is the skill of emptying the hand. Letting go of a grudge.

I don’t remember the first time our new shiny new marriage got a scratch on it. Nor do I remember what the scratch was about. I do remember feeling a grudge and withdrawing into my own space. I also remember holding onto that grudge like it was worth a million bucks. And the million bucks was earning interest, it was growing into a larger grudge.

What a blessing that after a few hours, my desire to get back together grew bigger than the grudge. It was easy to simply let go of the grudge (that only a few hours ago was the most valuable thing I had).

The only way to hold my marriage was to empty my hand of my grudge. This is easier said than done but worth practicing. Empty your hands of whatever you are holding that is keeping you from holding your marriage: a grudge, anger, hurt, insult, a mistress (or mister) — whatever.

The History of An Expensive Grudge

Here Anna and I are standing in front of what is left of the Noble Hotel in Mississippi. It will soon be residential lofts. My grandfather “L.B.” wrote my grandmother Dontis on stationery from this hotel. I have the letter where he pleads for reconciliation after an apparent argument. I don’t have her response but I do know that they did not reconcile. Dontis never let go of her grudge.

Whatever they were holding onto (other than their marriage), wasn’t worth it. Over my life, I observed the impact that not having a father had on my dad. I lived the generational impact that had on me.