Every Nation, Tribe, and Tongue 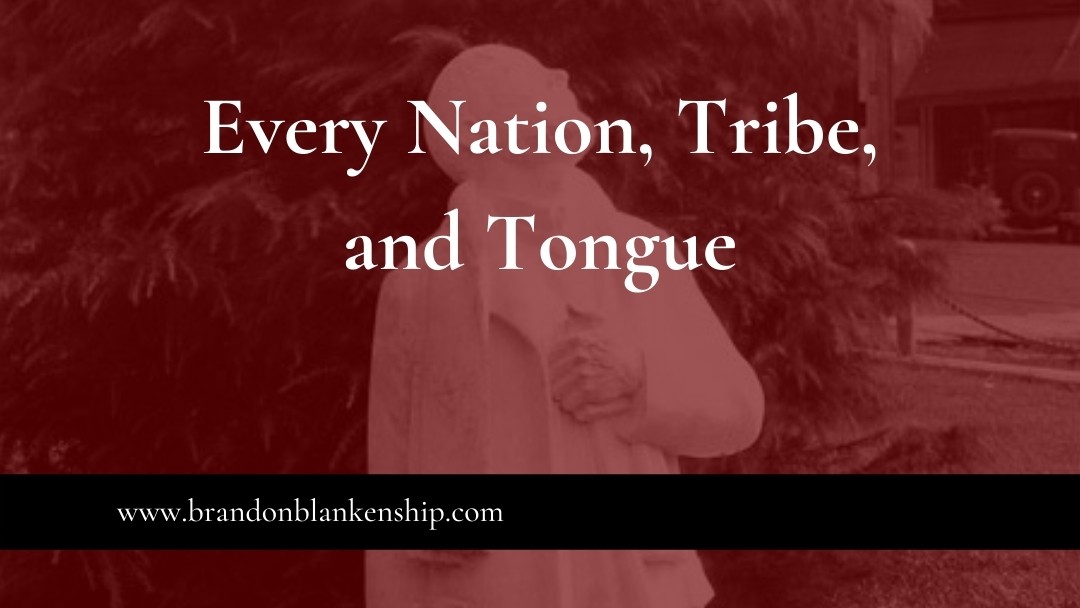 In 1889, James Alexander Bryan came to Birmingham, Alabama to serve as a full-time minister.

Bryan, of Birmingham, has been one of God’s chosen men to bring down under the powerful force of love the prejudices which divide the races in this new world. Like his master, he has been able to clear the barriers in his ministry to man.

He has counted twenty-seven languages among the people to whom he has ministered. “In this immediate vicinity,” he says, “where my work carries me into every corner, I find Hungarians, Slavs, Germans, Bohemians, Chinese, Japanese, French, Armenians, Sicilians, Italians, Greeks, Irish, Scots, Africans, English, East Indians, etc. – a varied assortment to be sure.”1

In 2021, through the University of Alabama at Birmingham, Jefferson County’s broad business interest, Sister Cities, and missions, it is hard to imagine that every nation, tribe, and tongue is not represented, in some way, in Birmingham.

Brother Bryan taught us a superior method to clear the barriers between us. I cannot imagine there was ever a time from its birth when Birmingham citizens did not experience inequity and mistreatment. I cannot imagine there was a time when the evil of racism or nationalism, or tribalism did not exist in Birmingham. But around Brother Bryan people worked for a common need and the work was energized by the powerful force of love.