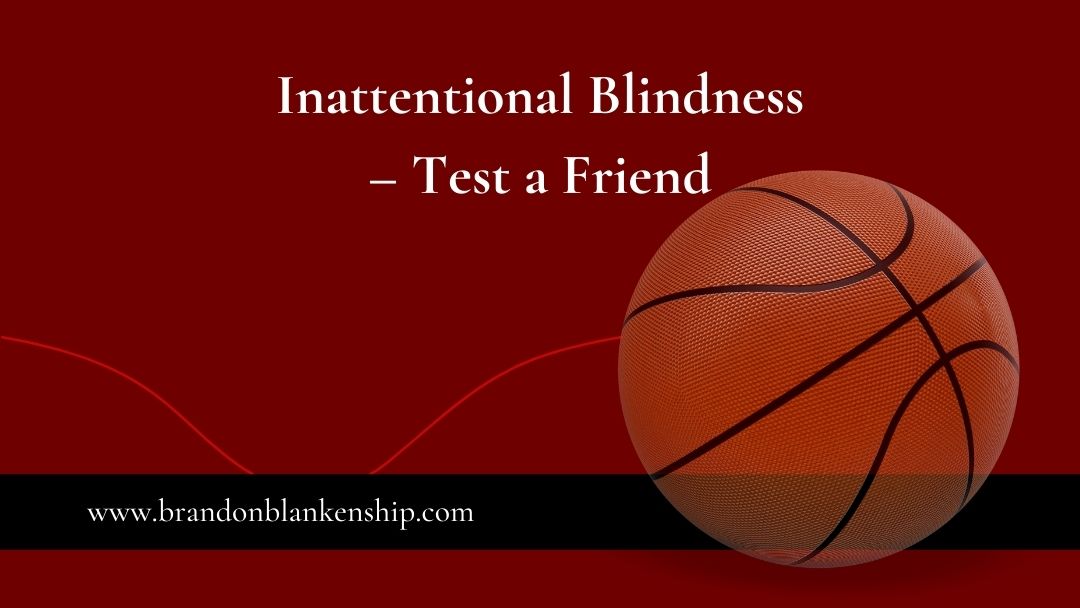 Inattentional blindness is the failure to notice a fully visible, but unexpected object because attention was engaged on another task, event, or object.1

Skeptical? Test a friend. Testing yourself won’t work as well because you are already aware that this is a split attention test. Knowing that you will be more attentive to unexpected objects. Instead, pick a friend, don’t tell them what they are being tested for, and get them to watch the video below and follow the instructions. The research says that 50% of your friends will fail.

Fun, yes! But don’t leave it at that. Take the opportunity to ask the question, “Is there something in my life that I don’t see because I am paying so much attention to other things?”