Moral Leadership Is Part of the Plan 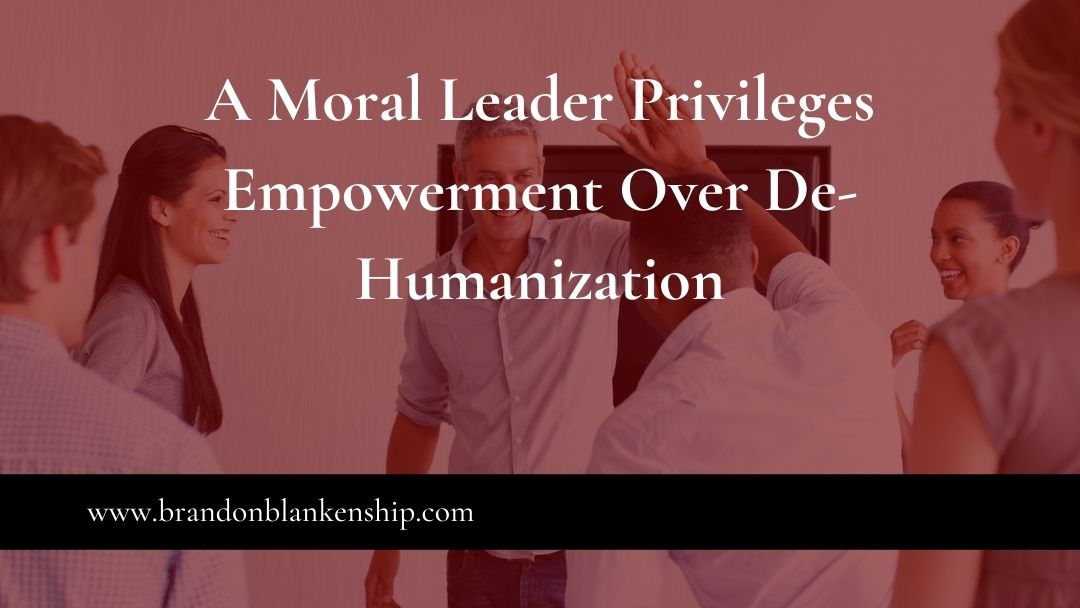 The political genius of the founders of the United States is that they juxtaposed two competing concepts in their minds at one time. One concept is that base human nature can be observed and it should be woven into the structure of government rather than rejected. The other concept is that it is possible to design a structure of government that is somewhat utopian – where people have life, liberty, and the pursuit of happiness.

There may be a form of government that better addresses those two competing concepts than a democratic republic but history has not yet revealed it.

Even so, democracy is an oppressive form of government by definition. There is always a majority that oppresses a minority. That is why the founders ultimately enumerated certain rights. The majority is quite capable of fending for itself. Certain rights are protected so that the minority can equitably fend for itself. These rights empower the minority in its opposition to the majority, especially where the majority is coercive. Consider the power of free speech, free assembly, and arms. If there is a national morality, it can be witnessed in the debate between the majority and the minority.

Morality is holding or manifesting high principles for proper conduct

Built into the design is an assumption that the relationship between the majority and minority would not just be governed by the Constitution or even law itself but by moral people. Read and hear what they said:

George Washington – The foundations of our national policy will be laid in the pure and immutable principles of private morality.

John Adams – Our Constitution was made only for a moral and religious people.

John Jay – No human society has ever been able to maintain both order and freedom, both cohesiveness and liberty apart from the moral precepts…

Samual Adams – … good morals are the only solid foundation …

Alexander Hamilton – When morality falters the Pandora’s box of corruption, crime, and decay set in to be followed by the demise of the nation.

And we have to let go of the myth that someone is not a moral leader because they did something immoral. There are those who would set George Washington’s contribution to zero because he was a slaveholder. Those who would set Martin Luther King, Jr.’s contribution to zero because he was unfaithful to his wife. Moral leadership is based on the totality of the person.

And the totality evidences a person who privileges empowerment over de-humanization; encourages the loud, messy moral debate between the majority and the minority, privileges truth over doublespeak, and eats only after everyone else has been fed.