On the Wrong Side of 100 Million Dollars 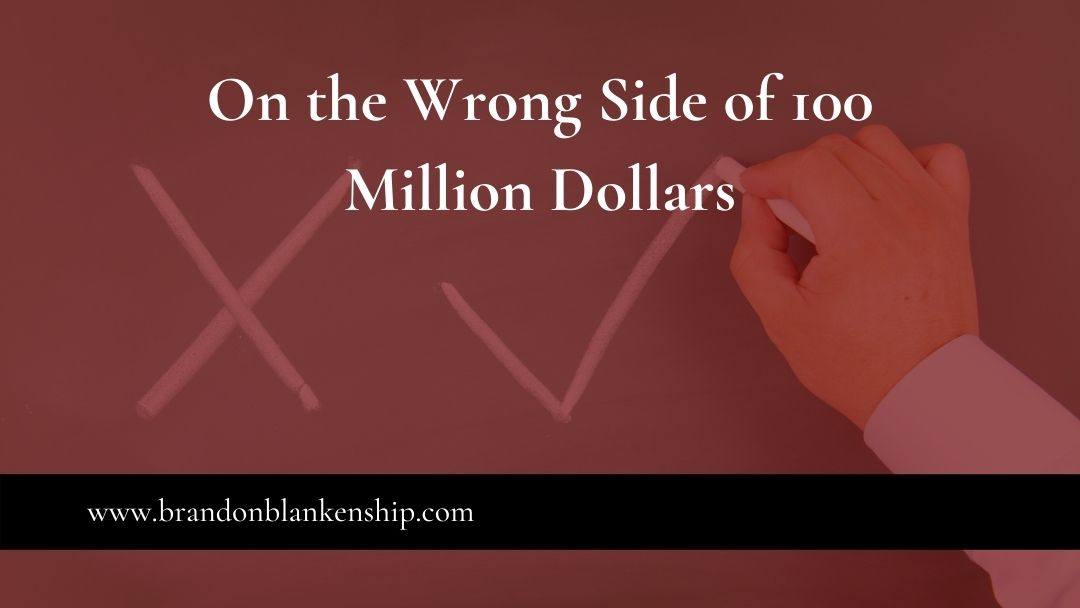 In the 2006 movie The Ultimate Gift, which is based on a best selling novel by Jim Stovall, a deceased grandfather (played by James Garner) posthumously presents his grandson with a series of tests designed to develop or test the grandson’s character.

One of the tests is a check for $100 million that the grandson has to spend on others.

Immediately, in my mind I started dividing up how the money could best be spent. A few million here would make a difference, another few million there.

The grandson got on the other side of the money. Rather than looking at it as an amount to spend, he saw it as an amount to leverage and invest. He put together a plan to build a $350 million dollar hospital that included housing so that families of sick children could live at the hospital and keep their family together. By investing the $100 million he had control over, he was able to convince other investors to invest hundreds of millions of additional dollars.

The grandson’s plan actually became revenue generating to the extent that families could afford, health insurance would pay, and so on. His plan was sustainable and would most likely outlive its original investment and investors.

It was just a movie, the money wasn’t real, but I discovered that when I think about money, my thinking is on the wrong side of $100 million.