There is a Place for Tradition 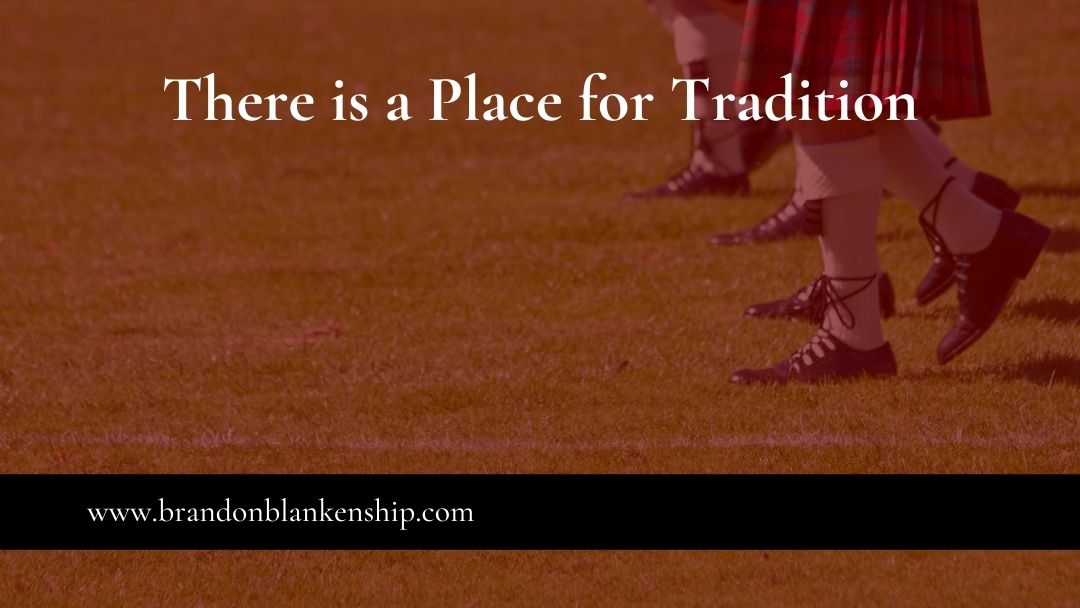 Jacob L. Moreno introduced the phrase cultural conserve to describe anything that has the effect of preserving valuable cultural memories, such as skills, discoveries, concepts, or moral values. Culture is conserved by culture carriers, that is, those who carry something forward from one generation to the next.

To break with tradition is a contemplative act. To some extent, I have to say to myself and others that I have figured something out or been enlightened in some way that they were not. Rather than an act of hubris, breaking with tradition is an act of humility. It is saying to the many that came before me that I somehow got it more right than they did.

There is a place for tradition. To choose tradition does not mean that we have to keep the bad along with the good. We can choose to carry forward the tradition that promotes human flourishing and leave the rest to history.